Traveling always has the potential for surprises, especially due to the unpredictable nature of sea conditions while you are on a cruise ship. We have experienced this many times in our travels, so we didn’t blink an eye when during our Viking Homelands ocean cruise, the captain announced the night before that due to rough seas and port conditions, our ship would not be docking in our intended port of call, Gdańsk, Poland the next morning but rather in the near-by sister city of Gdynia. From Gdynia the plan was to transport us by bus to Gdańsk.

Well what he left out was that the port of Gdynia, is an industrial port, so when we rolled back our curtains in the morning we had a majestically high mountain of coal greeting our room suite view! But hey even coal looks good when you are on vacation. So with a can do attitude we all boarded the tour bus for a truly unique experience.

The bus ride into the town center of Gdańsk was very informative as our tour guide was very good at pointing out sites of interest as well as a brief history of Poland during the soviet regime, and the country’s eventual independence from communism. Our guide pointed out the European Solidarity Center which is a museum devoted to the events of the 1980s when the Polish Labor Union lead by Lech Walesa organized the peaceful revolt known as Solidarity which eventually brought down communist rule in Poland and helped bring down the Soviet Union block.

This city was badly damaged during WWII but it has gone through a fabulous reconstruction especially the medieval historic center, which we visited on this trip. We arrived at the city center in the middle of the festival of Saint Dominic with the streets mobbed by people and a party atmosphere everywhere you looked. Our guide was clearly nervous that we would lose each other in the throngs but the tour went on as planned and it made this even more memorable.

The city center is one long street aptly named Ulica Dluga (which literally means long street) with buildings reconstructed to their historical style and flanked at both ends by elaborately decorated city gates. The street is lined with colorful 17th century style buildings, some which are noteworthy like the Town Hall building. Also of particular interest is the iconic Neptune’s Fountain in front of Town Hall. In the center of the fountain there is a giant bronze cast figure of Neptune holding his trident. According to legend, the fountain once gushed Goldwasser which is a local liqueur and Neptune found himself in danger from local drunken crowds. Now a days the spirits are amply supplied by the endless bars and restaurants that line this street and Neptune is only surrounded by the selfie frenzied tourist. We crawled along the street half listening to the guide and half enjoying the sites of people about on this holiday. Saint Dominic’s Fair has been celebrated in Gdańsk since the 13th century and it’s a month long cultural event that attracts thousands of tourists to the area. We had a fabulous day taking in the sites as well as getting lost on our own in some of the side streets where row upon row of Amber vendors displayed their wears. How lucky can we be to have been part of it all during the last weekend of the fair! 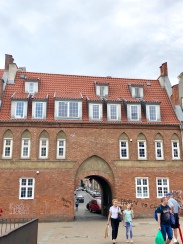 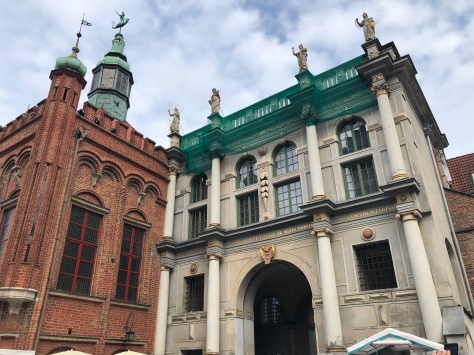 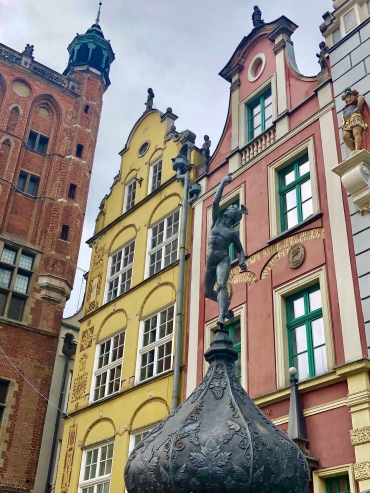 The next day was “Day at Sea” as we cruised the Baltic Sea. I love a down day and this one was made even more enjoyable by the many amenities on the Viking Jupiter. We had a wonderful day working out at the fitness center, and then enjoying a hot dip at the spa. After a wonderful lunch we headed for the infinity pool at the back of the ship which is one of two large pools on the ship, both heated, which is a major requirement for me. It was a lot of fun to swim our day away as the ship sailed through calm seas. We were very fortunate with the weather on this glorious day at sea. The day ended with a wonderful dinner and after dinner drinks on one of the many outdoor lounge areas of the ship. 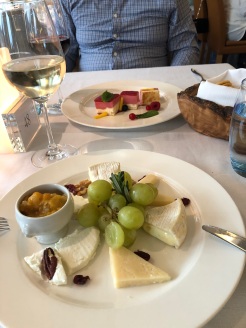 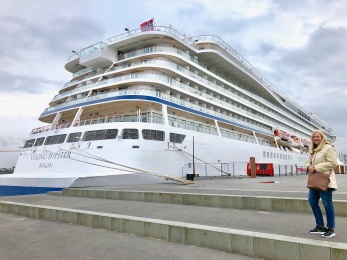 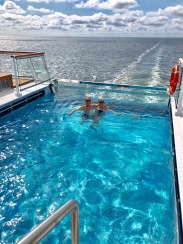 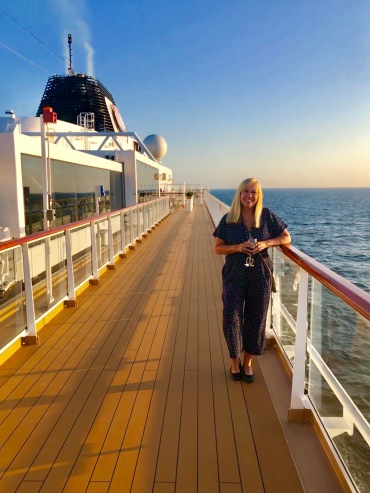 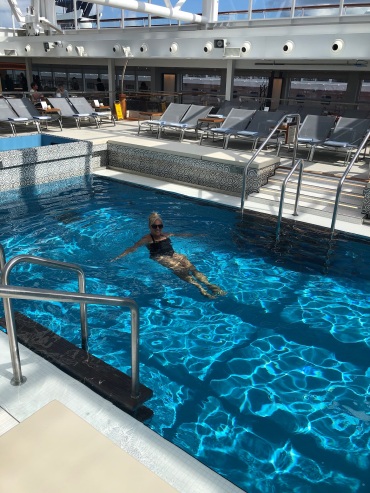 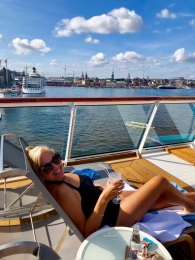 Unlike Gdańsk, that was destroyed during the war, Tallinn, Estonia is a perfectly preserved medieval old town and the capital city. We took a morning walking tour which is a wonderful way to get to know a new city. We started in the main plaza where the Alexander Nevsky cathedral stands. This is a Russian Orthodox Church that is maintained by the Russian Orthodox church as Estonia is mostly a Lutheran country but in fact a very secular country. The interior of the church was just beautiful and there was a ceremony taking place which seemed very solemn and curious because it was mostly women in attendance. Our guide was very humorous and informative in his description of life under soviet control and of the Singing revolution where 300,000 citizens rose up and sang against the soviets in 1988 and won independence without blood shedding. While we were there they where setting up for the anniversary of this event. This town is beautiful so they have a lot to sing about in my opinion. These are very proud and independent people and that sentiment was communicated to us by our wonderful guide.

The town is like a maze of squares and cobblestone streets some along the ancient walls and teeming with shops and outdoor cafes. We had time to explore on our own but since our tour had been very comprehensive we decided for a leisurely afternoon and an early return to the ship. 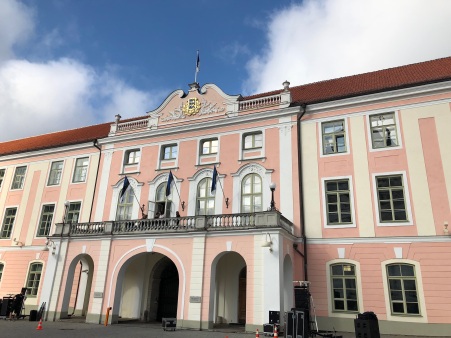 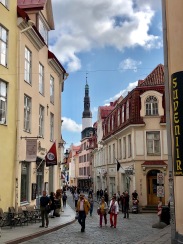 Tomorrow we sail to St Petersburg, Russia with a two night stay. Stay tuned for our first view of that fascinating country.

3 thoughts on “Gdańsk, Poland, a day at sea and Tallinn, Estonia”